Sell Out Alert: Today’s wine is only available from The Wine Spies - but only if you hurry. We have every last case of this beauty, and it will sell out.

Here’s a 2014 Cabernet blend that will truly impress the most discerning of connoisseurs! Produced since 1983, the “Reserve Alexandre is the flagship crown jewel of historic Geyser Peak winery, with a blend of 62% Cabernet Sauvignon, 18% Malbec, 10% Cabernet Franc and 10% Merlot that the winery has produced since 1983.

The whole is greater than the sum of its parts here, where each variety is harvested to be fermented individually and then, in the case of Geyser Peak, meticulously tasted lot by lot to be blended for a perfectly balanced harmony.

Deep and dark as night, with opaque ruby narrowing out to a rim of purple glows. Jammy and vanilla-laced on the nose, with blackcurrant, dark chocolate, dried figs, cedar, cigar box and graphite. Bright and lively on the entry with juicy black cherries, melding into oak spices with cinnamon and nutmeg, and a hint of black olive. Lasts for over a minute, with a refreshing impression of dark berries, rum raisin cake and a subtle bay laurel note. The ideal pairing would be a thick cut of New York steak, preferably aged, with Hollandaise sauce and haricots verts.

Here’s what winemaker, Mick Schroeter has to say about this wine:

“First produced in 1983, Geyer Peak Reserve Alexandre is a traditional blend of five classic Bordeaux red grape varietals. Each year, winemaker Mick Schroeter relies on traditional, small-lot fermentation, rigorous selection and extensive trial blending to achieve a consistently stylish, elegantly balanced wine. The twenty-two mile Alexander valley region flanks the Russian River in Sonoma County and is known for its multiple terroirs. First planted to wine grapes by namesake pioneer Cyrus Alexander in 1846, the valley is one of the state’s oldest and most distinguished growing regions. For Bordeaux varietals, I look to prime vineyards from Alexander Valley’s northern and central reaches, where warmer days help develop rich fruit flavors in the grapes. Small lots of grapes were vinified separately and matured in French oak barrels for three months. After lengthy evaluation and trail blending, the final blend was assembled and matured as a single wine for fifteen months.” 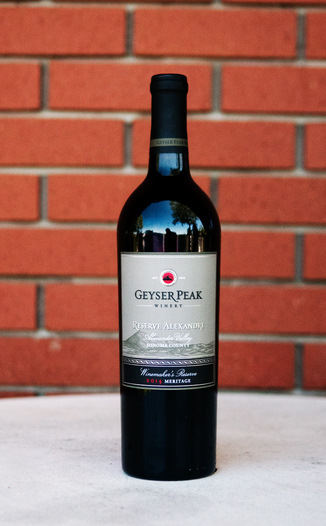 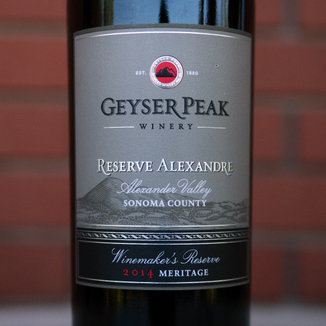 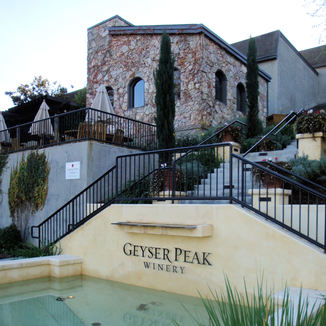 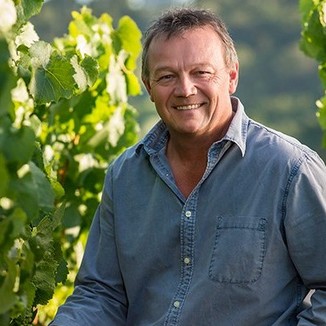 Offer Expired:May 15, 2019 at 11:59 pm
$50.00
Avg. Price
As your agent, we can assist in selecting a common carrier for the shipment of wine that you have purchased and own. The majority of states maintain laws and regulations that control or restrict the importation of alcohol. In all cases, the purchaser is responsible for complying with the laws and regulations, including in particular those relating to the import of alcohol, in effect in the state to which the purchaser is shipping alcohol.