From 2012 through 2016 Napa Valley rode on a streak of stupendous vintages. Each harvest was uniquely outstanding. According to the Wine Spectator vintage chart, 2014 rated 95 points, resulting in; “wines showing power and depth, as well as extra aromatic range, a beautiful vintage with a distinct signature” and this Kirk Venge made single-vineyard hits the mark and truly exemplifies all that, and more. What’s more is 55% savings, unheard of for a Cabernet of this caliber. Just look at the neighbors, Cloudy’s is sandwiched between Switchback Ridge and Hourglass!

Pitch black and opaque as the deepest sea, with purple-ruby flickers towards a narrow meniscus. Could smell this all day, toasty, sweet oak spices well integrated into plush blueberries and cassis. Smells like expensive, to be honest. Softer than the silkiest pillow you ever laid your head on, massive yet fresh with an embracing lift with a luxurious mouthfeel as if you just pulled for valet parking at Meadowood. The finish? What finish?! The mind wanders off into the ‘Cloudy’ feel here, seemingly towards eternity. Oh boy, oh boy, well-aged Wagyu, Kobe, Tomahawk, T-bone, or aged cheeses if you’re not the carnivore this wine is custom-tailored to. Can someone please pick my jaw up from the floor while we’re at it?

Back in the day when this project first made it to the wine news, the potential was evident, according to a Wine Spectator wineries to watch feature; “Claus Janzen debuted Bacio Divino (“divine kisses”) in 1993, creating a high-quality Sangiovese, Cabernet Sauvignon, and Petite Sirah blend. He’s since added other unique blends - Pazzo (Sangiovese and Zinfandel) and Vagabond (Syrah and Cabernet) to that portfolio. His newest label, Janzen, is a departure from the blending philosophy, making two 100 percent Cabernet Sauvignons from distinctive vineyard sites. Cloudy’s Vineyard is a 2.5-acre parcel of Janzen’s land lying about 600 feet above the valley floor between St. Helena and Calistoga, and the much-lauded To Kalon located in Oakville. Nils and Kirk Venge are the winemaking consultants.”

According to Kyle Janzen, Cloudy’s is actually his father and founder Claus Janzen’s nickname. The Janzens bought the site in early 1999, and built a home and planted the estate vineyard over the next 18 months. Their first harvest was 2004 and they decided the wine was deserving of single-vineyard status and had to come up with a name for the site. Initially, they were going to call it Blue Squirrel (Parker’s first review of it actually lists it as Janzen Blue Squirrel Vineyard!) but Claus had a change of heart before the final bottling as he wanted something more personal. Claus’ Vineyard didn’t really have a great ring to it, and he worried people would pronounce it incorrectly (he pronounces Claus like Claws) so he decided to go with the nickname his buddies had for him growing up, which was Cloudy. To this date, he signs all his emails as Cloudy, and often takes the moniker of Cloudy headed winemaker.

Arriving directly from the Janzen library, these bottles will be gone before sunset, no doubt. Secure as much as you possibly can, we’re talking the BIG LEAGUE of Napa Cabernet here at a fraction of the entry cost into the category.

96 Points, Robert Parker - “All of Bacio Divino’s wines are fermented with indigenous yeasts. The real stars here are his single-vineyard Cabernet Sauvignons. The 2014 Cabernet Sauvignon Cloudy’s Vineyard ratchets up the level of concentration to something even beyond Beckstoffer with notes of graphite, crushed rock, white flowers, blueberries, black raspberries, camphor, and subtle oak. It is deep, full-bodied and multidimensional with sweet tannin and low acidity. It should drink beautifully for the next 20-25 years. Drink 2016-2041.”

95 Points, Wine Enthusiast - “This remarkable wine offers soft luxury between its balance of fresh red cherry and cassis and the velvety grip of tannic concentration. Spiky persistent acidity guides a freshness of forest floor, sage, and tobacco, the power entirely graceful in the glass.”

94 Points, James Suckling - “This has a linear edge through the middle of the wine that gives the bright fruit and firm tannins form and beauty. Give it three or four years to soften. Try in 2020.” 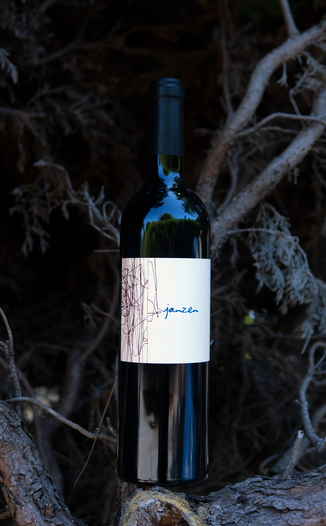 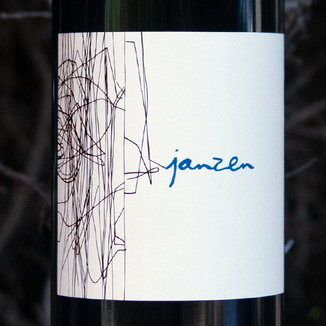 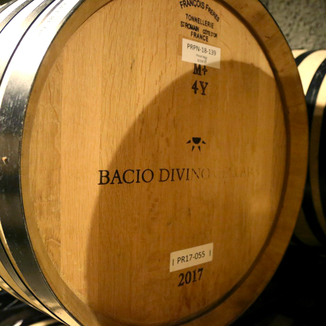 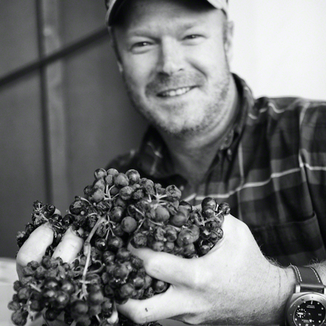 Offer Expired:Sep 08, 2019 at 11:59 pm
$165.00
Avg. Price
As your agent, we can assist in selecting a common carrier for the shipment of wine that you have purchased and own. The majority of states maintain laws and regulations that control or restrict the importation of alcohol. In all cases, the purchaser is responsible for complying with the laws and regulations, including in particular those relating to the import of alcohol, in effect in the state to which the purchaser is shipping alcohol.