Matter comes in three states. Solid as a rock, gas as the air, and liquid as United Slates! A textbook Mosel or Saar Riesling like this is essentially liquid rock, with more of the notoriously difficult to pinpoint mineral notes that the whole wine world can’t deny or describe fully. But it’s there, ALL there…

President Helmut Plunien of the United Slates of Saar proclaims; “I don’t like my Rieslings grapes yellow-colored. I don’t like my Rieslings excessively fruity because that’s not the Saar style. To cultivate this rather discreet, lean, racy and age-worthy style, I don’t take any leaf from the grape zone and I don’t even take any side shoots away. I don’t macerate our grapes… I produce authentic Saar wines and that’s what is important for me and our clients.”

What’s German wine without some trivia?! The term Feinherb on a label of German Riesling is a fairly recent development, neither defined by German Wine Law or by the EU. Only some producers use it on their labels, inspired by the early 20th-century style of Mosel and Saar Rieslings that didn’t always ferment dry, as fermentation wasn’t as easily stopped by technical means. Improved techniques to help bottle wines made from arrested fermentation were used on a broader scale only after the Second World War. Therefore, the fruity/sweet style of Riesling that became prevalent in the post-war years was regarded for a long time as the “classic” Riesling style in the Mosel and Saar.

David Schildknecht – Antonio Galloni’s Vinous - *“Helmut Plunien founded his estate (named in allusion to the Wiltingen vineyard Volz) several years before, in 2009, resigning as cellarmaster at Trier’s enormous, ecclesiastical Bischöfliche Weingüter. Subsequently, he sought a means of making his livelihood from Weingut Vols, and an opportunity arose when the Weingut Altenhofen in Ayl was sold off for lack of an heir. This brought a cellar and press house as well as extensive Ayl-area vineyards to supplement Plunien’s holdings in Wiltingen. Vinification here is spontaneous and takes place mostly in tank, though the percentage of casks will increase as opportunities for acquiring them arise. The ‘United Slates’ is sourced from diverse sites, features supportive, well-integrated sweetness from 29 grams of residual sugar. Yeasty fermentative notes on the nose largely lift to reveal scents of fresh apple, lemongrass and honeysuckle, setting the tone for a luscious, subtly creamy but lively palate performance. A refreshing finish is transparent to smoky and stony nuances. It boasts delightfully floral overtones and a mouthwatering finishing lick of salt. As its name suggests, this cuvée, incorporating fruit from four geologically distinct sites in Wiltingen and Ayl, was assembled for the US market, though it will also appear in Germany as an alternate Saar Riesling Feinherb bottling.”

Stephan Reinhardt – Robert Parker’s Wine Advocate - “There is one new wine in Plunien’s portfolio: the round and finesse-full Riesling United Slates, which is sourced from four different types of slate. It is a deliciously uncomplicated but typical Saar Riesling! As always, Plunien’s Rieslings need a bit of patience. These are self-confident Saar classics and they don’t have anything in common with the stylish Rieslings from other more popular wine regions such as Pfalz or Rheinessen. So let’s dive into the Saar finally… The 2015 United Slates opens with ripe Riesling fruit intertwined with attractive flinty and slatey favors. Round and piquant, this off-dry 10% alcohol Riesling is stimulatingly clear and elegant on the palate; the finish is lush and pure, with a lovely slate flavor. Drink 2017-2030.” 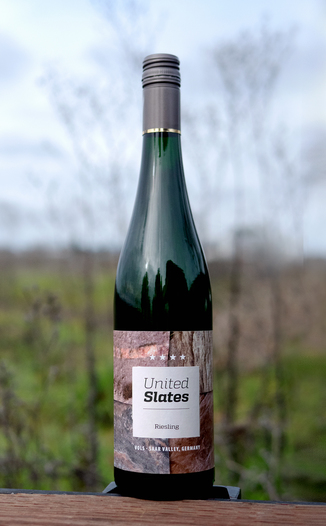 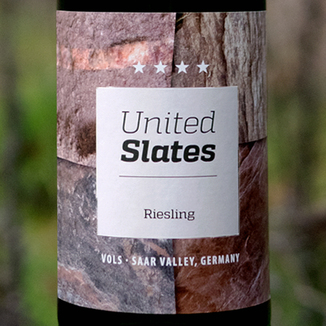 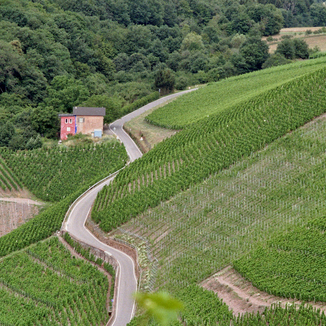 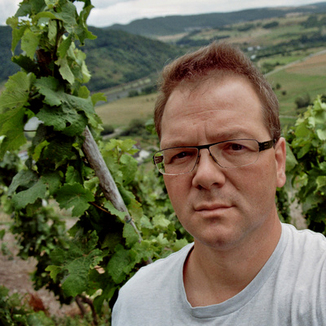 Offer Expired:Feb 01, 2020 at 11:59 pm
$25.99
Avg. Price
As your agent, we can assist in selecting a common carrier for the shipment of wine that you have purchased and own. The majority of states maintain laws and regulations that control or restrict the importation of alcohol. In all cases, the purchaser is responsible for complying with the laws and regulations, including in particular those relating to the import of alcohol, in effect in the state to which the purchaser is shipping alcohol.