Last fall we all hit that Panek button hard when we featured our first Rudius Cab. In fact, we hit it so hard that there was nothing left to save for a WIA award. Slightly disappointed, we went back to the winery, asking what else and what next? This, Operatives, came together thereafter and it’s even more exciting. 95 points, single-vineyard Napa Cab under $50 AND shipping included for 3+ bottles is a dangerous proposition. Us spies though; we LOVE danger. We play with fire as if it were a deck of cards. We play Russian roulette when we’re bored. Come join us for a round of our favorite game; Grab & Run!

Inky black to the core, while a ruby-garnet robe surrounds the narrow circumference. Bold, crushed blackberries, black licorice, incense, sweet cocoa, and cardamom notes adorn the expressive aromatics. Astounding in structure on the palate, with a lively backbone, while fine, plush tannins coat the mouth. Seamless and long on the authoritative, with a firm grip lasting over a minute, echoing dark fruit and spice. The ultimate winter Cab, this is begging for a rich standing rib or crown of lamb roast.

Jeff Ames is one of the most gifted winemakers Napa Valley has seen in modern times. He is, after all, an apprentice of Thomas Rivers Brown, having made Schrader, Maybach, Outpost and TOR side by side, eventually taking the baton as TOR’s winemaker in 2003, where he still makes tremendous wines. The inevitable birth of his own label Rudius in 2005 has not stopped him from becoming a consulting winemaker for many wineries on the rise today. He has humble roots nonetheless, as Wine Spectator best put; “Jeff came to the Napa Valley via Alabama in 1999. - I had no bed, no couch, I slept on egg-crate foam for the first six months - he says. In just over a decade, Ames has become one of Napa’s rising stars.”

Farella is located in Coombsville, just east of the city of Napa, quietly producing some of the best Cabernet that Napa has to offer. With a mere 26 acres under vine, this modest estate was originally planted in 1979. Planted on a west-facing slope, it’s an outstanding site, in fact, early vintages of Opus One sourced from here, along with other top names such as Far Niente, Paul Hobbs, Pahlmeyer, Quintessa, and most recently Agharta and Realm Cellars.

95 Points – Antonio Galloni’s Vinous - “These are the best wines I have ever tasted from Rudius. Jeff Ames has really dialed in these wines, the Cabernets in particular, over the last few vintages, and it shows. Big time. The 2014 Cabernet Sauvignon Farella Vineyard is one of the most distinctive wines in this range, and also one of the finest I have ever tasted from proprietor Jeff Ames. Savory herb, chocolate, leather, smoke, graphite, licorice and menthol are all amped up in this beautifully layered, sumptuous Cabernet Sauvignon. Napa Valley is full of great vineyards, but Farella stands out for its ability to yield layered, nuanced Cabernets that deliver fruit intensity, structure and nuance. This is a fabulous showing. Drink 2022-2034.”

94+ Points – Wine Advocate - “Well-known winemaker Jeff Ames is the owner of his own brand called Rudius – he is definitely a name to reckon with, having worked with Tor Kenwood making his wines, and has a successful enterprise with his own. Deep garnet-purple colored, the 2014 Cabernet Sauvignon Farella Vineyard (all clone 4 from the top, rockiest part of the vineyard) charges out of the gate with crushed blackberries, wild blueberries and warm redcurrants with suggestions of bay leaves, camphor, tobacco and fertile loam plus a waft of cedar chest. Full-bodied with a built-like-a-brick-house frame of grainy tannins and great freshness, if finishes with black fruit layers and a compelling herbal lift. 160 cases were made. Drink 2020-2035.”

Here’s what the wine press has to say on Jeff Ames:

Virginie Boone – Wine Enthusiast - “Jeff Ames worked at a Memphis wine shop to put himself through school, and he developed the itch to work a harvest out West. In 1998, Lynn Penner-Ash, of Penner-Ash Wine Cellars in Oregon, was the first to give him a chance. A year later, he landed a job in the tasting room at Napa Valley’s Freemark Abbey. Along the way, he wrote for Decanter and was an early employee at winebid.com. Eventually, he met Thomas Rivers Brown, one of the most sought-after winemaking consultants in the Napa Valley. Like Ames, he didn’t possess a formal wine-related degree. In 2001, Ames became Brown’s assistant, where he worked with clients like Outpost, Schrader, Tamber Bey and Tor Kenward. “I had to learn by doing,” says Ames. “I was a wine geek that turned into a winemaker.” Lacking formal education, Ames made up for it with a laser-like focus. “You can’t let something go off the rails,” he says. “You have to keep it nice, neat and tight in the winery and taste all the time, so you pick up a potential problem before it becomes a real problem. You have to learn the early indicators of a wine. “With a formal education, sometimes the downside is you can get numbers-centric. You forget it has to taste good.” In addition to consulting work, Ames has his own brand, Rudius, on Howell Mountain. Ames says that because of his success, as well as others like Brown, wineries are more open to hire those like him. “But you’re less likely to be hired by a big corporation,” says Ames. “I look for someone who wants to make wine so bad they’ll sleep on the floor for six months. I can relate to that.” 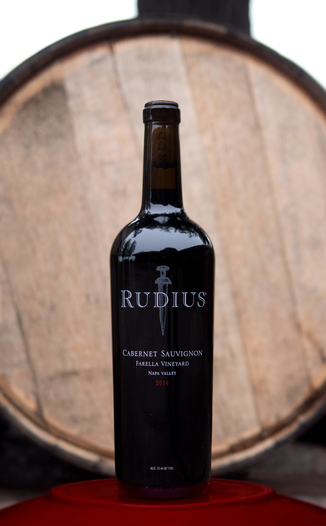 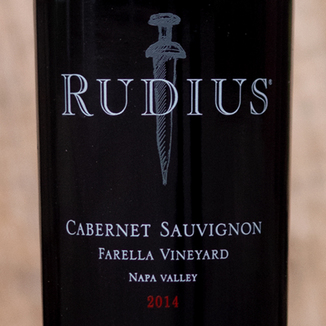 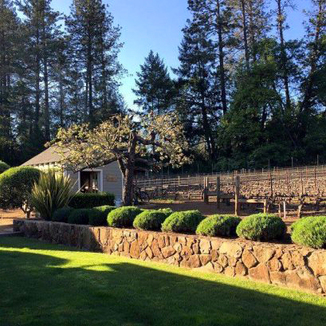 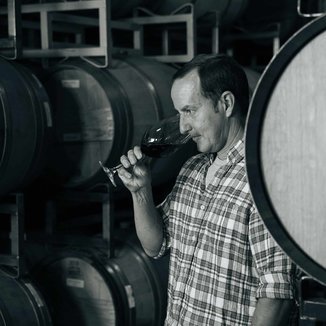 Offer Expired:Feb 02, 2020 at 11:59 pm
$90.00
Avg. Price
As your agent, we can assist in selecting a common carrier for the shipment of wine that you have purchased and own. The majority of states maintain laws and regulations that control or restrict the importation of alcohol. In all cases, the purchaser is responsible for complying with the laws and regulations, including in particular those relating to the import of alcohol, in effect in the state to which the purchaser is shipping alcohol.