Going through the candidates for today’s feature, Agent Noir paused in shock. What was a small stash of a library vintage of one of the landmark wines of Italy doing there still? That had to change, as these few bottles belong in the cellars of collectors or tables of discerning diners across the globe. It has after all been the recipient of a Tre Bicchieri every single vintage since 1995.

A shy cloak of deep crimson fades to a bright orange glowing ‘sunset over the island of Capri’ rim. Refined and polished, the gorgeous nose exudes a feminine touch instantly apparent with blackberries, violets, and tar. Such balance and grace once it coats the palate, it glides seamlessly through with silky tannins and spicy depth. Words run short to describe how deeply elegant yet powerful this wine is, lengthy and subversive on the glorious finish that leaves one yearning for the next sip. Save this for a special occasion, even with a near-decade in the cellar it still has years left to bloom.

One of the foremost Italian wine experts, Antonio Galloni of Vinous, is after all right when he says that this is; “the wine that put the south on the map with wine consumers in a big way” and Robert Parker affirms; “Imparato is a shining star, this winery has become one of the superstars of Italy. Sadly, the vineyard’s small size and low yields result in extremely small production. Stylistically, it is reminiscent of an Italian version of the Colgin or Bryant Family Vineyard Cabernet Sauvignon.”

Riccardo Cotarella is one of Italy’s most successful oenologists and winemakers. He has been named Winemaker of the Year by Wine Enthusiast, Best Italian winemaker by Gambero Rosso, “one of the most influential wine personalities in the world” by Robert Parker and “one of the best in Italian winemaking” by the Wine Spectator, that writes; “Coterella says Montevetrano was the father of his career, teaching him that Italy wasn’t only Tuscany and Piedmont, but a wealth of winemaking regions with secrets nobody had revealed.”

Once again, Galloni conveys Montevetrano’s story best; “Proprietor Silvia Imparato is one of the early pioneers in the world of Campanian enology. Originally trained as a photographer, Imparato came to winemaking accidentally when one of her clients invited her to join a wine tasting group in Rome in the 1980s. Over the course of the following years, Imparato had the opportunity to taste many of the world’s great bottles on a regular basis. On a lark, she thought she would try to make wine at her family’s small estate in Salerno. She enlisted the help of consulting oenologist Riccardo Cotarella, and together they created Montevetrano, the wine that launched Campania in a big way around the world. Imparato makes it clear she isn’t a big fan of giving the exact breakdown in each vintage. Clearly there are a number of vintages where the Aglianico seems to come through with a much more assertive voice than 10% would lead one to believe. The harvest times vary greatly from Merlot to Aglianico, so the different grape varieties are harvested and vinified separately.”

Grown just two miles inland from the Mediterranean at the stretch of the breathtaking Amalfi Coast, Montevetrano is, without a doubt the crown jewel of Southern Italian wine and Agent Noir holds it on the same pedestal as the greatest Bordeaux blends in the world with a bewildering layer of Aglianico, deeming it exotic and unique. As a veteran of the fine and rare wine auction business, he goes as far as claiming that this has what it takes to eclipse any 2012 Super-Tuscan, and even a Lafite Rothschild in a blind tasting. You can buy TWO CASES of this for what a bottle of that Lafite would set you back by the way. Ain’t that crazy?

Tre Bicchieri – Gambero Rosso - “Awarded by Gamberro Rosso, the definitive Italian food and wine magazine and publishing group founded in 1986, the coveted annual Tre Bicchieri (Three Glasses) awards are the worldwide mark of Italy’s finest wines. The result is a carefully curated selection of wines celebrated for the skilled craftmanship of their winery and the impeccable wines they produce.”

93 Points – Robert Parker’s Wine Advocate - “The delightful and inspirational Silvia Imparato is a larger-than-life figure on the Campania wine scene. Her work with Consulting Enologist Riccardo Cotarella over the years has forever raised the bar on the region’s vinous identity. Back with her first vintage of Montevetrano in 1991, she proved that great wines could be made here (especially in the unlikely Salerno area south of Naples where few other wineries exist). Percentages change according to vintage conditions, but the estate’s namesake wine is usually a blend of 50% Cabernet Sauvignon, 30% Aglianico and 20% Merlot. On my visit to the beautiful estate, Silvia Imparato generously offered to open a few back vintages so that we could check the evolution of this iconic wine. The 2012 Montevetrano has evidently embraced the heat of this warm summer season. This is a dark and exuberant wine, with bold fruit flavors of black cherry, spice, leather and chocolate that pop with intensity from the glass. The effect is seamless, soft and fully integrated. The wine shows a riper taste profile, for sure, that offers pleasure and opulence. Drink 2017-2028.” 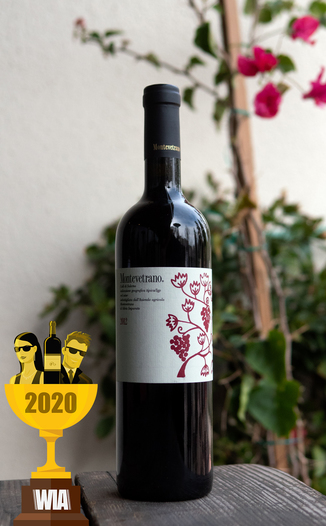 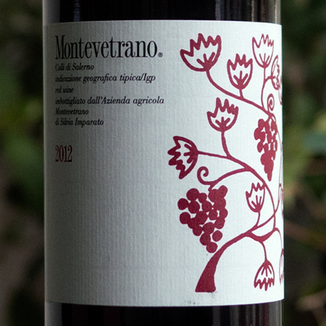 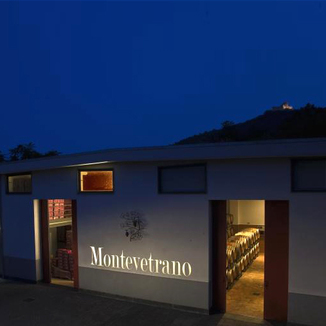 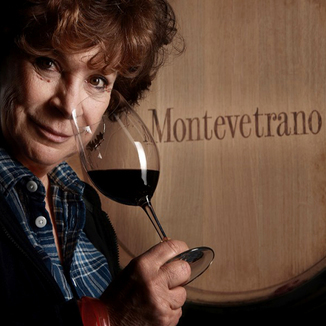 Offer Expired:Mar 05, 2020 at 11:59 pm
$95.00
Avg. Price
As your agent, we can assist in selecting a common carrier for the shipment of wine that you have purchased and own. The majority of states maintain laws and regulations that control or restrict the importation of alcohol. In all cases, the purchaser is responsible for complying with the laws and regulations, including in particular those relating to the import of alcohol, in effect in the state to which the purchaser is shipping alcohol.