An Approach to Relaxation

When was the last time you had a wine that boasted 160-year-old vines grown on sand? Sand has the most finesse and complexity potential of all soils, and some of the world’s oldest vines thrive in the sand because it keeps pests away, granting optimum health and longevity. Top critiques, collectors, connoisseurs, and sommeliers know this phenomenon well, and that’s why they hold the closest comparable wines to today’s offering dear to their hearts. The undisputed queen of all Grenache-based wines is Châteauneuf-du-Pape, exemplified by the mythical Château Rayas. When Agent Noir first tasted this wine by chance at a huge Australian roadshow, it took him right back to a life-changing visit to Rayas, as they share a near-identical terroir, very old vines grown on the sand, resulting in finesse and complexity that is, simply put, otherworldly.

Translucent bright ruby with a mildly garnet wide rim that mirrors the crimson streaks within. A dizzying sweet kirsch character dominates the nose, with a stunning array of black cherries, spices, and minerals that follow. Medium-bodied on the palate, with outstanding purity, unctuous texture, abundant garrigue, and savory accents. The very long aromas and flavors are richly endowed with roundness and silky sweet tannins on the generous, caressing finish. This is an ethereal style of Grenache that would sing with abundant black truffles, from soups to roasts to pasta.

We later discovered that the parallels with Rayas were also the proprietors’ vision, a Wine & Spirits magazine article just a couple of years ago beat us to this revelation; “For years, I thought the “G” in Grenache stood for goopy and grapey. I associated the variety with alcoholic wines that tasted like strawberry juice. There wasn’t a bottle that could change my mind and I often just avoided trying to find an exception to this rule I created, that is, until “wine number 30” came into my life. At Wine & Spirits, we taste wines blind. We are given the vintage, appellation, and variety but the producer, price and other information that may sway our decision to recommend it remains a mystery. One day, I was handed a glass of wine… had me thinking, where there is one, maybe there are more. So, I set out to find Grenaches that would break my bias. I found three—and aside from Château Rayas being the inspiration for all three, they vary greatly in terms of location, viticulture and winemaking practices. An “ah-ha” moment came from Richard Betts and Carla Rzeszewski, two sommeliers turned winemakers, who saw an opportunity with Grenache. “Château Rayas exists in a tiny buttonhole of sand within Châteauneuf-du-Pape,” says Betts. So, when they found ancient vines growing in pure, fine beach-like sand in Barossa’s Vine Vale district, they took the plunge and settled in Australia. “What sandy soil does give to the wine are high-toned aromatics, the pretty things that play in the alto and the soprano and create all of the seduction and allure” says Richard Betts. “We love sand for what it takes as much as for what it gives,” Betts told me. “Sandy soils do not give much color to wine, which is just fine because you neither taste nor smell color. What sandy soil does give to the wine, however, are high-toned aromatics, the pretty things that play in the alto and the soprano and create all of the seduction and allure. The sand comes from the erosion of the Barossa Ranges and Eden Valley, from soils such as granite and quartzite, deposited in Vine Vale via gullies that drain out of the hills.” The gullies bring evening winds, called the Vine Vale Nurse. “These winds create a big diurnal shift, cooling the vineyards at night and preserving acidity and freshness. In the summer, we might reach 100 °F on a few select days, but because of the wind you can also find yourself shivering in 50 °F nights,” says Betts. He finds the sandy soils give a light-bodied wine with silken textures; indeed, the 2016 Sucette is light, frisky and refreshing, with sour cherry and crunchy strawberry flavors. Miles from goopy, my new discoveries were connected by a common thread of freshness. Whether it be from the soils, climate or winemaking techniques, each producer was able to turn out light, brisk wines with nothing overripe or heavy about them.”

This is the ultimate gateway Rhône red for Pinot Noir lovers. It’s dry but drenched in sweet red berries and a generous mouthfeel. A world-class red that you can grab via this astonishing deal, best price in the country by the way, and experience a profoundness mostly exclusive to top restaurants around the world. Australia has gone through a massive winemaking transformation leaning towards boutique wines with Old World parallels, and An Approach to Relaxation epitomizes this revolution. There is nothing like it in the Barossa, or Australia for that matter, and very few contemporaries this sophisticated exist around the globe.

Shipping included on 3 or more, given how extraordinary this wine is, we advise you to grab more… MUCH MORE!

93 Points – Robert Parker’s Wine Advocate - “The 2016 Sucette is floral and fresh despite being 14.5%, as only Grenache grown in sandy soils can be. This is from vines planted in the 19th century in the Vine Vale subregion of Barossa. Rose petals and hints of orange zest accent cherry and raspberry fruit. It’s medium to full-bodied, with tender tannins that turn silky and tea-like on the long, refreshing finish. It seems almost briny and zesty on the finish, giving it extra length.”

93 Points – Wine & Spirits - “As sommeliers, Richard Betts and Carla Rzeszewski learned to identify sexy wine, and now they are making it, from ancient, own-rooted Grenache vines growing in the sands of Vine Vale. They ferment it with some whole clusters, then age it in older French oak, producing a light, frisky red with flavors that seem to build vertically rather than laying out flat.” 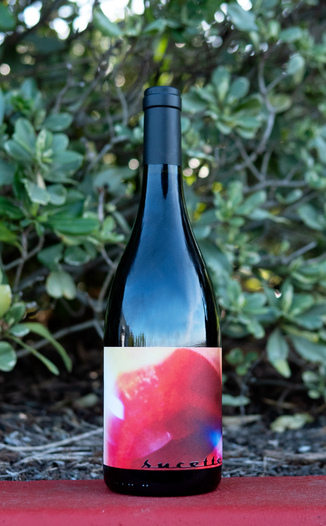 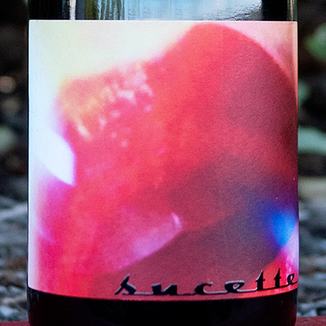 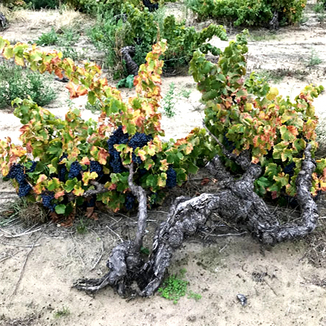 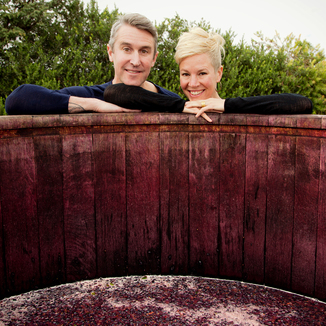 Offer Expired:Mar 09, 2020 at 11:59 pm
$69.00
Avg. Price
As your agent, we can assist in selecting a common carrier for the shipment of wine that you have purchased and own. The majority of states maintain laws and regulations that control or restrict the importation of alcohol. In all cases, the purchaser is responsible for complying with the laws and regulations, including in particular those relating to the import of alcohol, in effect in the state to which the purchaser is shipping alcohol.