Chile tops the charts from a quality-price ratio perspective, yet still, it takes many wines to find one that deserves 96 points from the Wine Advocate yet can be attained for just $35. It rarely works that way. But this is not one wine, it’s many in one as it’s magically capable of changing its personality over time, not only in the bottle but after being open for a while too. The first 15 minutes it was sublime, then it took a somber turn, only to bloom big into beauty a day after, go figure!

Garnet to purple from rim to core, the multitude of tones here are fascinatingly varied. Savory herbs seeped in stewed plums, dried apricots and chamomile along with spices are all to be found on the colorful nose. A big rush of red berries is in check with complicating black olive and jalapeno nuances on the palate. Long and infinitely complex, layers of fruit unfolding with dried herbs and black pepper on the finish. This is certainly a food wine, this would really sing with bacon-wrapped dates or classic tapas.

Marcelo Retamal steers the ship at De Martino, recently crowned the “#1 winemaker in South America” by Decanter, with Master of Wine Tim Atkin praising him as “arguably the most influential winemaker in Chile, a man who has had a radical impact on the way his country makes wine”, no small feat in the company of superstars and international flying consultants leading the quality drive in Maipo. What tops that however is Decanter also listing him as one of the “30 most influencing winemakers” IN THE WORLD. Again, 96 points and 35 bucks. This one will go fast for sure, so we urge you to pile up while it lasts.

96 Points – Robert Parker’s Wine Advocate - “De Martino is one of the quality leaders of the newer Chile. I met again with Marcelo Retamal and Sebastian De Martino to taste through their exciting portfolio of fresh, gastronomy-oriented wines. All the wines are produced with indigenous yeasts and without the help of any chemicals and only minimal amounts of sulfur. The 2013 Vigno Single Vineyard La Aguada is part of the Vigno association of producers of Carignan (Cariñena) from the Maule Valley. The wine is produced from a field blend from an ungrafted, dry-farmed, head-pruned old vineyard called La Aguada in Sauzal, with approximately 85% to 90% Carignan and 10% other red varieties (Malbec, Cinsault, Carménère, Cabernet Sauvignon…); these vines were planted in 1955 on granite soils. The secret here is to mature the wine in large volume oak containers, something they are doing with all of their top wines that have worked well. 2013 is a year with better natural acidity than previous years, while alcohol levels were moderate, yields were naturally high and they had to work to contain them. The grapes fermented with indigenous yeasts and the wine matured in 5,000-liter oak foudres for two years. This is a wine of character, the nose has a special freshness and incipient complexity for such an early age; there are aromas of bacon, tree bark, wild berries and a pinch of spices. The palate is medium-bodied with refined, ultra-polished tannins that give elegance to that internet rusticity, while at the same time it is restrained with a certain austerity. The vintage is very marked in De Martino’s Vigno bottling. This follows the verticality of the 2011, much fresher than the 2012. I’ve had this wine at least four times and it’s quite a chameleon, sometimes showing itself more like a Syrah, sometimes it felt more Cariñena and it was always ever-changing in the glass. There is a lot of complexity, and even if sometimes I felt like there was a lack of typicity, my final conclusion is that the field blend has to be the reason for such complexity and changing personality. We shall see in future vintages how the aging in the large oak vats develop, and if they are partly responsible for the wine profile. I tasted it with the other Vignos and this was completely different. For now, this is certainly world-class, and among the best wines produced in Chile. Well done! An open bottle evolved nicely during the course of three days, which gives an indication of a robust wine resistant to oxidation, which I think should also evolve nicely and slowly in bottle. For the quality this wine delivers, the price is awesome. Drink 2016-2026.” 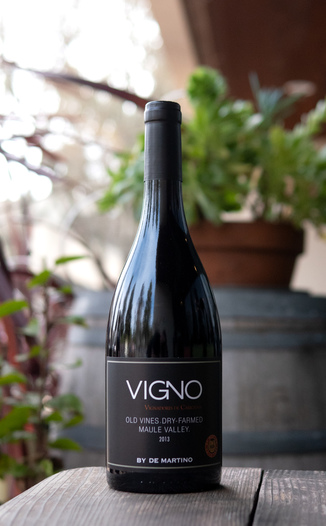 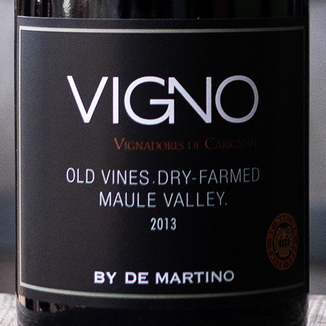 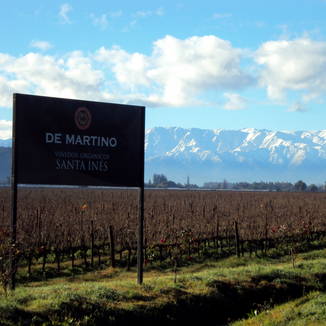 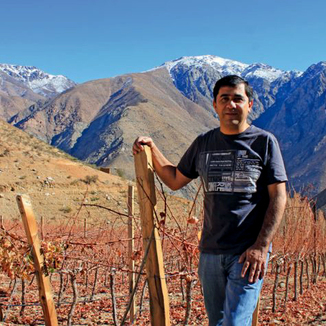 Offer Expired:Mar 14, 2020 at 11:59 pm
$60.00
Avg. Price
As your agent, we can assist in selecting a common carrier for the shipment of wine that you have purchased and own. The majority of states maintain laws and regulations that control or restrict the importation of alcohol. In all cases, the purchaser is responsible for complying with the laws and regulations, including in particular those relating to the import of alcohol, in effect in the state to which the purchaser is shipping alcohol.