Holy Monks of the Benedictine Order! Look what we found… highly rated Premier Cru Red Burgundy under $40? Are we daydreaming? Someone, please pinch us! In the highly hierarchical world of Burgundy, THE true home of most noble Pinot Noir, the top of the pyramid belongs to Grand and Premier Cru vineyards, few and far between plots often meticulously delineated by the clergy of the Middle Ages who turned viticulture and winemaking to art and science in this ancient land. To zoom in further, very few of these sacred vineyards had medieval walls or “Clos” built to surround and protect them and Clos de Roi was a King’s favorite to be named as such.

Striking medium ruby with a bright hue of crimson red, darkening to the deep core, this wine is so pretty to even look at. Sublime aromas and flavors of wild raspberry, ripe cherry, pomegranate, and spice open with the nose. Silk to cashmere texturally, stunning purity and rich fruit, augmented by earthiness are what the palate adds. Superbly balanced, lively and very long with minerals, leading to terrific complexity on the symphonically elevated finish. This will pair with many fancy dishes and cellar effortlessly for at least a decade, it’s just irresistible to savor today on its own.

Isn’t it ironic that when Amaury Devillard was 10, his grandfather told him that their Clos du Roi vineyard would never produce good wine. “At the time I didn’t understand what he meant,” says Amaury Devillard. But half a century ago, in this part of Burgundy, it was all about producing large quantities of wine. The choices people made when it came to planting vines and quality were very different from today. The terroir was there, but it wasn’t well-planted. Since then a lot of replanting has been done. His grandfather Marquis de Jouennes put in a huge effort, both in Clos du Roi and in the other vineyards of the estate. Then Bertrand Devillard, the son-in-law of the marquis and the father of Amaury and Aurore Devillard, continued the work. “Our grandfather started bottling his wine in 1934” explains Amaury Devillard.

Side note that Burgundy is all about vintage variation, and a part of the story as to why this wine is so gorgeous falls on that part of the story, best explained by Robert Parker’s Wine Advocate; “Among recent vintages, the 2016 reds are most similar to 2010. Many 2016 reds rival or surpass their 2015 counterparts, albeit in a very different stylistic register, and they will be well worth seeking out despite their scarcity. Their energy and structural tension lead me to suspect that they will age very well indeed. Vintages with this kind of profile and this kind of quality have not been very frequent in the last decade and a half, so Burgundy purists will certainly want to have some 2016s in their cellars.”

Here’s how Burgundy works, dear Operatives. Put this outstanding vineyard and the impeccable winemaking just a few miles north to the Côte-d’Or and you could be paying as much as TEN TIMES this steal of a price. Seriously. It drinks like a dream for the pedigree and complexity. As this winery and the family behind it belong in the upper echelons of quality, you will not find a better Premier Cru red under $40, guaranteed.

93 Points – Wine Enthusiast, Editors’ Choice! - “One of the most respected names in Mercurey, the Devillard family has been at the 95-acre Château de Chamirey in the hills above Mercurey for five generations.“Mercurey was well known because of its easy-to-remember name,” says Amaury Devillard, part of that fifth generation. “Then, it became forgotten, a hidden treasure, but seen as making rustic wines. Today, with the considerable replantation of vineyards and the new generation, the reds are delicious for their freshness, balance and cherry fruits.” From a relatively large series of parcels covering 7.6 acres, this wine is well structured, with swathes of black fruits and firm tannins that will allow it to age. Soft, integrated tannins give the wine shape and aging potential. Drink from 2022.”

92 Points – Robert Parker’s Wine Advocate - “At nearly 39 hectares, the Devillard family’s Château de Chamirey dominates Mercurey’s geography. Happily, the quality of these wines today makes them a more than worthy ambassador for the appellation. Managing so extensive a surface naturally presents challenges, but régisseur Enrico Peyron is to be commended for the progress he has made in adapting a large cellar to operate on a small scale. Two harvest teams, for example, now operate independently: one charged with whites, the other, reds. The reds are excellent, as my complimentary reviews indicate… In short, everything points to a bright future for the Château de Chamirey. And that’s a great thing for the Côte Chalonnaise. The 2016 Mercurey 1er Cru Clos du Roi is very promising, unfurling in the glass with notes of ripe cherries, plums, crushed cassis, licorice and candied citrus peel. On the palate, it’s medium to full-bodied, ample and juicy, with the mid-palate amplitude that one associates with this site, structured around fine-grained stony tannins and juicy acids. Drink 2020-2033.”

92 Points – Decanter - “This (Château de Chamirey 2016) Clos du Roi is superb, with a pretty bouquet of red cherry, summer fruits and some meaty, earthy bass notes. On the palate the wine is supple, full-bodied and layered, with a fine but firm chassis of tannins, good concentration, and a succulent core of fruit.” 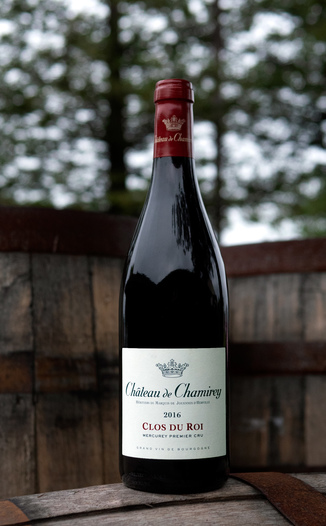 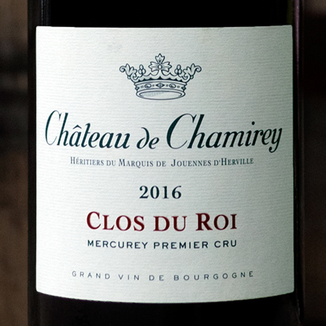 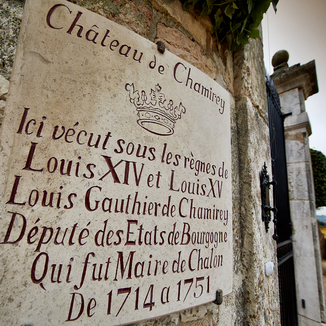 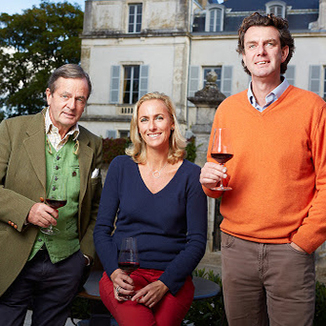 Offer Expired:Mar 13, 2020 at 11:59 pm
$80.00
Avg. Price
As your agent, we can assist in selecting a common carrier for the shipment of wine that you have purchased and own. The majority of states maintain laws and regulations that control or restrict the importation of alcohol. In all cases, the purchaser is responsible for complying with the laws and regulations, including in particular those relating to the import of alcohol, in effect in the state to which the purchaser is shipping alcohol.