This popular Wine Spies Exclusive knock your lambswool socks off red is almost sold out! The Mouton name means THE VERY TOP of the quality pyramid, yes? So how on earth can a Réserve Mouton Cadet cost less than a bone-in ribeye at Morton’s? Especially if they showcase a most heralded appellation and an equally stellar vintage? Because we were chosen to introduce this brand-new Mouton as it just hit the US shores, seeking the right venues worthy of their quality.

Let us then fulfill that promise by reminding you that THE Château Mouton Rothschild with direct lineage to these phantasmagorical values, is unanimously crowned as one of the greatest wines of the world, fetching an AVERAGE per bottle price over $700. To clarify, these are NOT the higher production Mouton Cadet that carry the umbrella ‘Bordeaux’ appellation which is a huge territory of significant variance in quality. The latest and most limited Réserve program at Mouton Cadet sources exclusively from the best possible appellations and vineyards to elevate this perpetually popular brand a few steps closer to the Château Mouton Rothschild legacy.

Mouton Rothschild, along with most of Baron Philippe’s prominent holdings are on the Left Bank where Cabernet Sauvignon rules. The Right Bank is famous with Pomerol and Saint-Émilion, where mythical names like Petrus and Cheval Blanc rely on Merlot and Cabernet Franc for glorious, small production wines that defy classification systems. In 2016, as Galloni said; “there is no shortage of compelling wines on the Right Bank” and with all the might that Mouton brings from the wealthier Left Bank, their sourcing prowess undeniably granted them access to harvest a wine of this caliber that can easily compete with many a resident Châteaux.

Did you know that Mouton Cadet has been the official dry wine of the Cannes Film Festival since 1994? The Mouton Cadet Wine Bar on the rooftop of the Palais des Festivals annually welcomes the world of cinema in a casual yet stylish atmosphere where the ‘French Art of Living’ is savored with limited edition Mouton Cadet wines such as these, so get on the red carpet with your very own Moutons! As the late Baron Philippe put it best; “wine is born, it lives, but it never dies; in man it survives” - a quote of wisdom that remains the motto of Mouton Cadet to this date. 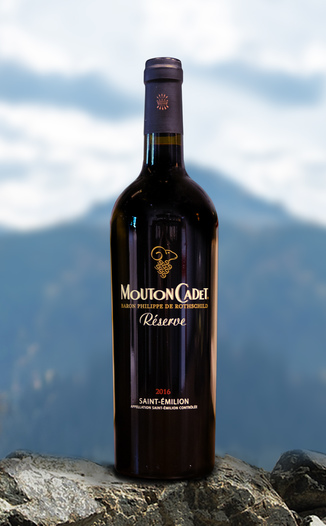 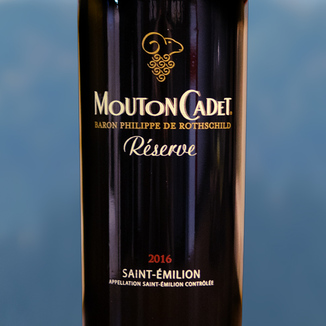 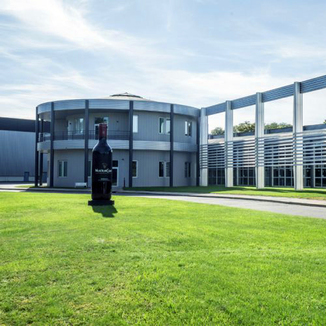 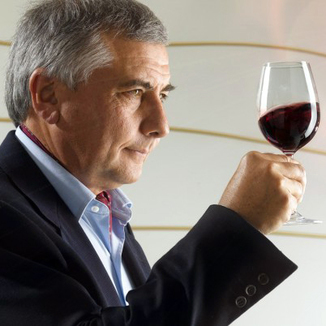 Offer Expired:Mar 10, 2020 at 11:59 pm
$50.00
Avg. Price
As your agent, we can assist in selecting a common carrier for the shipment of wine that you have purchased and own. The majority of states maintain laws and regulations that control or restrict the importation of alcohol. In all cases, the purchaser is responsible for complying with the laws and regulations, including in particular those relating to the import of alcohol, in effect in the state to which the purchaser is shipping alcohol.