Side of that hill

Each of these gems have big recognition, as NONE are any ordinary releases from Mr. Lindquist the Master, but super-special reserve-level wines of utmost profoundness and rarity. We sincerely hope you can secure as many of these once-in-a-lifetime opportunities as you can…

Unveiling the 2006 Hillside Estate Syrah… Rajat Paar, one of the most famous top Sommeliers of all time, defines Bien Nacido as; “one of the most important vineyards in Santa Barbara, not only does it produce top notch fruit, but the wines produced are the epitome of Santa Maria Valley.” The Qupé / Au Bon Climat winery complex is situated overlooking Bien Nacido and the adjacent Z Block, the source for this wine, is on a sweet-spot prime ‘Hillside’ slope just a parcel away from its equally sought after and a bit more famous X Block. This wine, always pampered by Lindquist as one of his favorites, is made in the smallest of quantities and hoarded by cool-climate Syrah fans in the know.

Among connoisseurs and collectors, Qupé and Bob Lindquist as the genius behind it, are LEGENDS. In his award-winning 2016 book “American Rhône: How Maverick Winemakers Changed the Way Americans Drink” Patrick Comiskey extensively praises Bob Lindquist’s Qupé legacy as one of the founders of a new generation of wine that defines California today. In a recent article, The Santa Barbara Independent writes; “no vintner has done more to pioneer the promise of Santa Barbara County and promote restrained winemaking in the traditionally exuberant New World than Bob Lindquist” and this flagship masterpiece of his is a testament to those well-chosen, well-deserved words.

94 Points - Vinous, Antonio Galloni - “Black cherries, plums, menthol, licorice and tobacco all burst from the glass in the 2008 Syrah Bien Nacido Hillside Estate. This is one of the most intense, powerful wines I have ever tasted from Qupe, but there is more than enough depth and pure texture in the fruit to fill out the broad shoulders nicely. A dark, brooding finish full of intrigue adds character and complexity. The 2008 is big, explosive and exuberant. And drop-dead gorgeous. If opened today, the 2008 needs quite a bit of air, but it is fabulous. Bob Lindquist gave the 2008 20 months in Francois Freres barrels, 50% new.”

Syrah’s Steady Hand - Santa Barbara Independent - “Syrah, the varietal originally perfected in France’s Rhône valley that — depending on where and how it’s grown — can be crafted to show off savoriness and spice or ignited into the juiciest fruit-bomb imaginable. Those dueling identities have been part of Syrah’s problem, but Bob Lindquist, the fourth person in the state to ever make wine from the grape, has kept a steady hand on the Old World–style wheel, repeatedly relying on the cool climate of the Central Coast to produce Syrahs that favor acidity over sweetness, pepper over cherries, and intrigue overindulgence.

“The consumers were confused: Is it supposed to taste like Côte-Rôtie or Yellow Tail Shiraz?” said Lindquist of the glut eras, which came from overplanting and overcharging before winemakers understood how to handle it properly. “I had the good sense to specialize in cool-climate Syrahs, and there’s no place better than the South Central Coast.”

A Southern Californian since age 11 and rabid Dodgers fan, Lindquist started his career in the wine business in 1975, and he arrived in the Santa Ynez Valley on New Year’s Day 1979 to manage a Los Olivos tasting room. Fired for going to a Kinks show, Lindquist landed a job as Zaca Mesa’s first tour guide — and, there, befriended Jim Clendenen, then assistant winemaker at the historic winery. That was way before Sideways, which meant very few tourists and lots of time in the cellar with Clendenen, Ken Brown, and Tolmach, which meant the birth of Qupé Wines in 1982.

“It was a great place for learning,” said Lindquist of his days at Zaca Mesa with Clendenen and the two other legends. “We were all in it together, pioneering Santa Barbara County, learning the climate, and learning the grapes and how to handle them.”

Qupé’s production of mostly Syrah and Chardonnay steadily grew. By the late 1980s, he needed a permanent home, which is when he and Clendenen hatched the still-standing deal with Bien Nacido. “They were looking for young and up-and-coming winemakers to align themselves with,” said Lindquist, “and that was us.” In 1989, he made 8,000 cases and had started using other Rhône varietals also, including the white wine grapes Viognier and Marsanne, of which he was California’s first producer and is still one of the few that do the often heavy and oily grape in a more acidic style.

Qupé — the Chumash word for “poppy” — makes 40,000 cases per year, half of which is a Central Coast Syrah blend, but which also includes special bottlings that fetch close to $100 each, like the 2008 X Block Syrah, the designated 30th-anniversary wine. “I consider ourselves the market leaders of fine California Syrah,” he explained. “All along, we’ve kept this path of balanced wine with structure and acidity. It hasn’t been without challenges, but we’re managing to hold our own and keep going. It always comes back to the spell that Syrah placed on Lindquist three decades ago.” 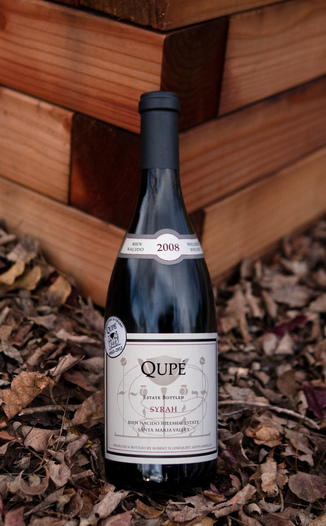 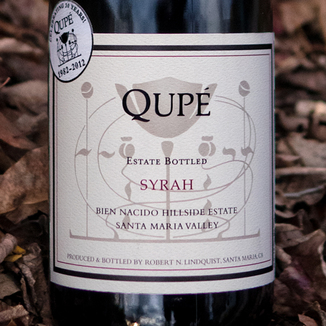 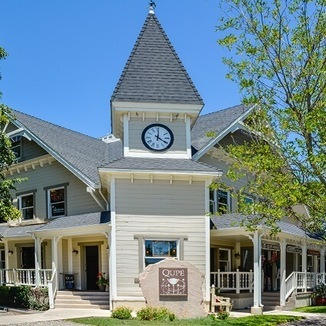 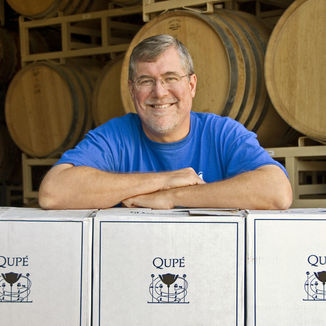 Offer Expired:May 03, 2020 at 11:59 pm
$50.00
Avg. Price
As your agent, we can assist in selecting a common carrier for the shipment of wine that you have purchased and own. The majority of states maintain laws and regulations that control or restrict the importation of alcohol. In all cases, the purchaser is responsible for complying with the laws and regulations, including in particular those relating to the import of alcohol, in effect in the state to which the purchaser is shipping alcohol.