Just off the Silverado trail, one-way Pickett Road is one precious address to have. To the right is the iconic Eisele (ex-Araujo) Vineyard, currently owned by the Pinault family of Bordeaux First Growth Château Latour fame. Across the road, lies Kenefick Ranch, an all-American family winegrowing institution. Their tremendous Petite Sirah we featured this past June was such a massive hit that it opened the cellar doors with access to this tremendous BIG LEAGUE Cabernet Sauvignon… Antonio Galloni called this; “one of the most polished, sensual wines I have ever tasted from Kenefick Ranch” and rated it 95 PLUS for a reason, it’s truly sensational with HUGE upwards potential.

Inky as can be, spare the narrow and vibrant ruby-purple slither on the rim. Blackberries galore on the oh-so-Calistoga nose, with black olive and graphite nuances peeking through. Black cherry, boysenberry, cocoa powder, and nutmeg are the primary drivers, with superb tannins as passengers. Phenomenal tension and build-up towards the grandiose finish, mouthcoating, decadently rich, and uplifting. This collectible gem of a Cab is juvenile today, as it begs for cellaring or breathing prior to a protein-rich feast.

In the same review, Galloni also rightfully praised that; “this site is being farmed better than ever” for the 2016 harvest, which itself is rated 98-points by Wine Advocate. The neighbor’s Cab mind you, the 2016 Eisele would cost you $550+ a bottle, so with that budget, you can easily grab this by the case!

The fruit grown on the legendary ranch of Dr. Tom Kenefick is so sought after that the family only holds back 10% of their harvest while the rest is divvied out through long term contracts with legendary names such as Caymus, Eisele, Nickel & Nickel, B Cellars, Cade, Elizabeth Spencer, Venge, and several other small producers. Kent Jarman, who oversees the cellar at Kenefick Ranch while the family tends the pristine vineyards, is extraordinarily talented, evidently so as the successor of none other than Heidi Barrett at Coup de Foudre as winemaker and now a partner.

The doctor’s only son and the namesake for this monumental Cabernet, Chris Kenefick was living in San Francisco while Kenefick Ranch had always been a second home, up until 2016 when he left his career to follow his passion for wine and to fulfill his father’s vision of bringing the family together. “We’ve built this business from scratch” says Chris, and indeed they did a mighty fine one at that. Here’s to his Cuvée!

Here is what the wine press has to say:

95+ Points – Antonio Galloni, Vinous - “I was quite impressed with the wines I tasted from Kenefick Ranch this year. The estate wines are terrific, but I also tasted a number of fabulous wines made by other winemakers who buy fruit here, all of which suggest this site is being farmed better than ever. The 2016 Cabernet Sauvignon Estate Grown Chris’s Cuvée is one of the most polished, sensual wines I have ever tasted from Kenefick Ranch, by which I mean the vineyard and not just the winery. Soft, voluptuous and racy in the glass, the 2016 possesses tremendous fruit purity and persistence, all while retaining terrific freshness. This curvy, voluptuous Calistoga Cabernet will drink beautifully with minimal cellaring. Drink 2023-2035.” 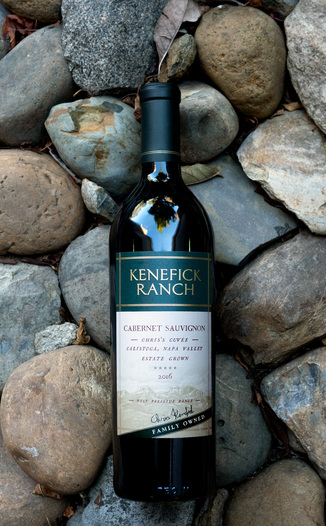 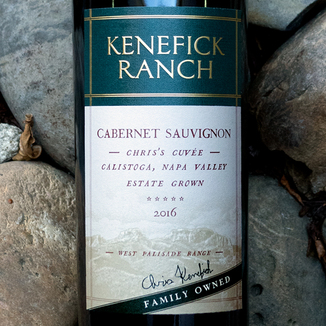 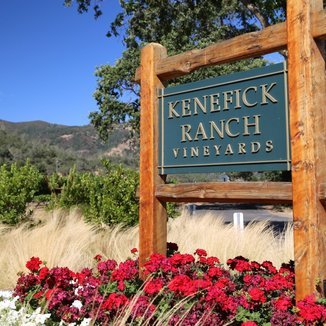 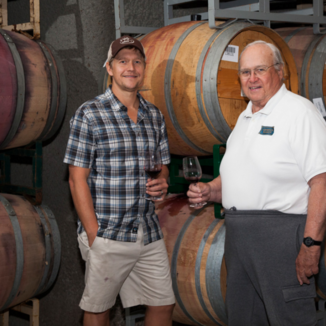 Offer Expired:Nov 20, 2019 at 11:59 pm
$70.00
Avg. Price
As your agent, we can assist in selecting a common carrier for the shipment of wine that you have purchased and own. The majority of states maintain laws and regulations that control or restrict the importation of alcohol. In all cases, the purchaser is responsible for complying with the laws and regulations, including in particular those relating to the import of alcohol, in effect in the state to which the purchaser is shipping alcohol.