Not Mâcon this up!

The quaint commune of Burgy is just 10 minutes south of Chardonnay. Wait, what? Chardonnay is a place??? You bet it is. Mâcon is such a textbook Chardonnay region that the town that named the grape is here. A Chardonnay from the neighbor of Chardonnay, how authentic is that! White Burgundy fans are familiar with the Fichet family name. From Meursault to Mâcon, these wines share a purity and quality that truly stands out in exceptional vintages like 2017. This wine is the perfect answer to those who nowadays rightfully question the mere existence of such an outstanding white Burgundy value.

Pale golden, with shimmering silver ruffles floating, whirling like feathers in the air. Pure citrus, white peach, golden delicious apple, and jasmine perfume fill the glass on the redolent nose. Shockingly well-built for a Mâcon, with a creamy mid-palate and electric freshness that builds. Lush and fulfilling with long-lingering lemon pith, raw hazelnut, and flinty minerals on the finish. What else but escargot of course, but if snails are not your thing, roast a tasty bird.

Burgundy’s reputation as the most revered wine region on earth is built on the most expensive Chardonnay vineyards in the world such as Montrachet after all. Please don’t get us wrong though, Mâconnais is certainly not Montrachet, not even by the wildest stretch of the imagination. From the astronomical thousands a 2017 Montrachet could set you back, to the hundreds of bottles of this you can buy of this instead, they just don’t compare. Yet, you could get from Montrachet to the Mâconnais, birthplace of the Queen of Whites, in less than an hour. If you took a cab, it’d cost more than a bottle of this little gem, brought to you by ferocious deal hunting. Just sayin’!

Eric Asimov – The New York Times - “For almost 20 years, a growing number of Mâconnais producers have been approaching their viticulture and winemaking with a seriousness of purpose once reserved for more-exalted regions. At the same time, celebrated Burgundy producers like Dominique Lafon of Comtes Lafon, the renowned Meursault estate, and Anne-Claude Leflaive of Domaine Leflaive, another top white Burgundy producer, sensed the untapped potential of the region and invested in it. And they are now making excellent Mâconnais wines. This regional metamorphosis has not been widely recognized. Only in the more enlightened French restaurants, for example, will you find good Mâconnais wines. But for people who love white Burgundy and dread its expense, the Mâconnais offers an introduction at a much lower price point than what the Côte de Beaune, the heart of white Burgundy, has to offer. If the Mâconnais is well beyond discovery, it’s fair to say it is ready for rediscovery.”

Neal Martin – Robert Parker’s Wine Advocate - “Domaine Fichet is located in the village of Igé in the hamlet of Le Martoret. Several generations have farmed the land, but it was Francois Fichet that withdrew from the co-operative in 1976. He was joined by his son Pierre-Yves in 1988 and then Olivier two years later. Their holdings have expanded over the years so that there is now 26.5 hectares, including seven hectares of Pinot Noir (some parcels worked biodynamical), while a new winery came into production in 2006. Tasted blind, I find these to be a good source of Mâcon wines.” 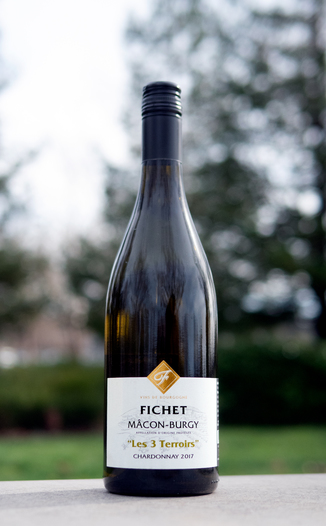 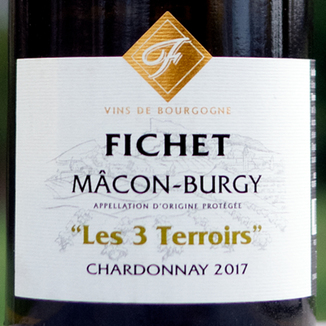 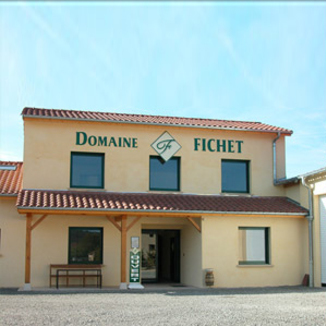 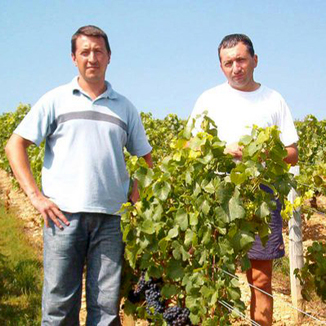 Offer Expired:Feb 08, 2020 at 11:59 pm
$22.00
Avg. Price
As your agent, we can assist in selecting a common carrier for the shipment of wine that you have purchased and own. The majority of states maintain laws and regulations that control or restrict the importation of alcohol. In all cases, the purchaser is responsible for complying with the laws and regulations, including in particular those relating to the import of alcohol, in effect in the state to which the purchaser is shipping alcohol.