Do you prefer a dark roast for your coffee? Then this is not for you! If you appreciate elegance and grace, as in fruit and body dancing ballet with savory and tannin, over massive ripeness stomping to a beat, then this is your jam. With the sensibility of a Loire and the complexity of a Bordeaux, this hails from a hypothetical summit where Cheval Blanc meets Clos Rougeard, ironically in the heart of Napa Valley! Hands that worked at Araujo and Reuling, as well as Dujac and Mugnier, institutions from the very peak of their respective pyramids of superiority, bring you today’s sophisticated Cabernet Franc.

Pale purple hues within a deep ruby robe, with crimson highlights as it swirls in the glass. The classy nose is loaded with tea, tobacco, juniper, figs, blackberries, and charcoal at the core. Cedar and bay tannins are pushed by prominent graphite notes in the solid spine of the palate. Terrific grip and drive, boasting a muscular and deep end that lingers savory on the long finish. Light yet complex this can accompany poultry or lamb dishes and aged cheeses really well. With Chamboulé, the 3 components that make the PERFECT find are always there:

3) UNREAL pricing, thanks to their generosity that we pay forward.

Caldwell Vineyard is quite the famous source too. An in-depth Wine & Spirits magazine article on Coombsville points out that; “Caldwell never doubted that Cabernet would do well—“It’s easy to make good wine here,” he says—he just didn’t know how distinctive it would be. There is the color, for starters: The long growing season extends the potential for flavor and color maturity longer than many up-valley locales, as sugars remain manageable, pHs low. And there is, Caldwell maintains, a “softness” to the Cabernet tannins. “They have this brightness,” says Caldwell, “they’ve had that from the first year we made wines here. They sparkle.” Over the years Caldwell’s fruit has attracted several up-valley winemakers, including Joseph Phelps, Randy Dunn and Jason Pahlmeyer, who was the first to designate the vineyard on his label. Caldwell also attracted the interest of Philippe Melka…”

Here is what the wine press has to say on Chamboulé:

Antonio Galloni, Vinous - “Essentially a spin-off of the California range of wines that were once sold under the Pearl Morissette label, Chamboulé (which means to turn upside down in French), is one of the more exciting new projects I have tasted of late. Chamboulé is headed by François Morissette and winemaker Matt Taylor, who took over with the 2014 vintage. Taylor’s resumé includes stints at Joseph Swan and Araujo, an internship at Domaine Dujac in Burgundy, and his current role at Reuling. At Chamboulé, Taylor makes big, powerful wines… they are quite promising. I very much like what I tasted, including a number of 2015s that have serious potential.”

Robert Parker’s Wine Advocate - “A tank sample (94 - 96)+ to be bottled in May, the medium to deep garnet-purple colored 2015 Cabernet Franc has notes of ripe cherries, red currants and pencil shavings with hints of dried leaves, Provence herbs and menthol. Medium-bodied, concentrated and with a solid structure of chewy tannins and refreshing acidity, it offers a lot of earth, red berry and savory layers with wonderful length. These 2015 wines have yet to be given an official acronym/name, but keep your eyes peeled for when they hit the markets!”

Richard Jennings, RJonWine.com - “New Project Yields Profound Wine. It’s not often a wine made in California strikes me as “profound.” Don’t get me wrong, the Golden State makes delicious wines. The usually reliable climate in most of California’s winemaking regions leads to steady ripening and big, full-bodied, fruit forward wines. Some are capable of maturing into beauties. But for a young California wine to remind me of experiences I’ve occasionally had with old Barolo or mature white Burgundy? Those rare moments of awe when you sit in silence with a wine, sensing secrets and mysteries embedded there along with the sublime pleasure one is experiencing. That, for me, is an encounter with something profound. And that’s what I experienced sampling wines from Chamboulé. François Morissette spent eight years in Burgundy, working with Frédéric Mugnier in Chambolle-Musigny and Jean-Marc Roulot in Meursault, and spending hours chatting with the Gouges family in Nuits-St. Georges. He learned biodynamic viticulture there, as did Matt Taylor, who interned at Domaine Dujac after completing his viticulture and oenology degree at Fresno State. They apply a lot of biodynamic principles. Their major focus in farming, though, is the quality of those grape skins. François explains he doesn’t have to worry about sugar content in California. He characterizes this ripeness as “horizontal fatness,” and says the challenge is to achieve a “vertical” dimension as well. The cool sites they draw from ripen while preserving good acidity. He claims they get that extra complexity from the grape skins, which therefore have to be optimal. François says they regularly chew on the skins to determine when that point is reached. In addition to his Burgundian background, Matt brings to the collaboration years of experience as both winemaker and vineyard manager at Araujo, and as winemaker for Reuling Vineyard in Russian River. He also made small amounts of wine for his own label for several years. I adore Cabernet Franc, and the inaugural (2015) Chamboulé version – with its complexity, textural richness and long finish – is simply one of the best Cabernet Francs I’ve ever tasted. I rate it 95+ points. Since they are offering a significant portion of the production to select high end restaurants, I expect what’s available through the website to run out quickly. The drawback of the intense effort and focus required to make profound wines is, of course, that they can only be created in small quantities. I feel privileged to have had a chance to sample these wines at such an early stage of the project, and I look forward to following Chamboulé for many years to come.” 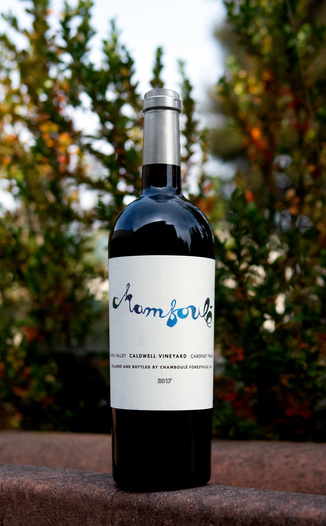 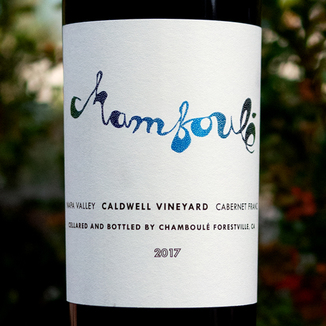 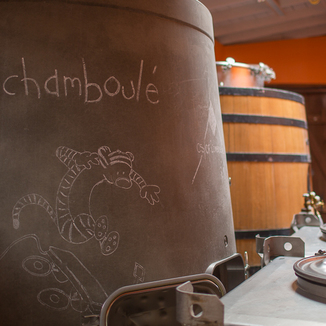 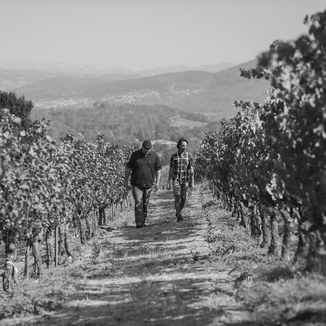 Offer Expired:Mar 03, 2020 at 11:59 pm
$100.00
Avg. Price
As your agent, we can assist in selecting a common carrier for the shipment of wine that you have purchased and own. The majority of states maintain laws and regulations that control or restrict the importation of alcohol. In all cases, the purchaser is responsible for complying with the laws and regulations, including in particular those relating to the import of alcohol, in effect in the state to which the purchaser is shipping alcohol.